I was asked by Samuel whether I’d be interested in doing a Muay Thai photoshoot about two weeks ago. I said yes, of course I’d help a fellow fighter! I’d seen him before at one of the competitions my school co-organised, and he’s an awesome fighter. He won my team mate even!

For the past two weeks, I’ve been extremely health-conscious. I’d just recovered from my viral rash which gave me fever and flu symptoms for over a week, and I’d just got back to school with a whole pile of work to cope with. Still, I made sure I ate cleanly (most of the time) and worked out hard (explains the Crossfit session on Tuesday).

Then came yesterday… And horror! Time of the month = bloating + cramps today which sucks big time. I’d made plans to go flip tyres at Crossfit Hub in the morning before heading to school to study in the afternoon. I never made it to Crossfit. I barely made it out of the house. The cramps were just annoying… And I actually teared a little on the train, not because of the pain, but I felt that I ruined our plans yet again. I always do ):

The shoot was kinda awesome. Though I had to be in my sports bra and Muay Thai shorts, and I felt sooooo self-conscious being in the room with all these other fit people. SUCK IT IN! Heheh. I did some static and motion shots. Really cool. Plus padwork with Samuel which left my adrenaline pumping and also a bruise on my shin from striking the seam of the pad. Ouch. But I look hardcore like that 😛

I wish Samuel all the best and success for the classes he’s starting soon! Great athlete!

After the shoot, we grabbed raisin cream cheese buns from Central. Amazing piece of bread. Sinful for me, as I kinda stopped eating bread, other than the occasional Subway sandwich.

Was really hungry, so we headed over to Liang Seah Street’s Tian Tian Huo Guo for steamboat and BBQ buffet. For $20 net, it’s pretty worth it, considering the food selection is better than most places. We love the beef and the fish the best, and of course we ate lots of vegetables! The one thing I didn’t enjoy? The smell that lingered in my hair… Gosh, that sucks. It’s like walking out of a Seoul Garden

I didn’t really get much studying done today. Which is kinda bad but… Well, I think I need a break. I can always continue tomorrow. Tomorrow is mugging day. It’s midnight now. I gotta wake up in 6 hours time. This always depresses me ):

But to cheer me up, I have another happy photo to look at, courtesy of Whimsical Wants! 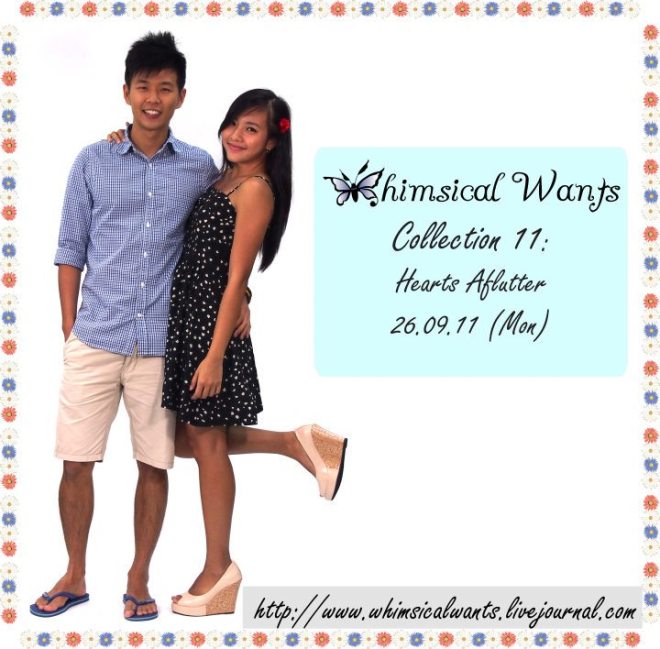 Whimsical Wants is launching their 11th collection tomorrow, 26th September at 8pm! Wow, it’s already the 11th one. I’m really happy to be modeling for Whimsical Wants. It’s a perfect match for me because I wouldn’t be interested if I didn’t feel comfortable with the styles!

Anyway, this collection is bigger and better! My personal favourites: 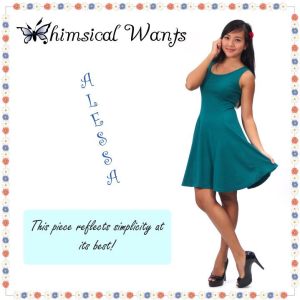 My number one choice! So flattering (:

I kept this one for myself too! (:

Casual chiffon top that drapes beautifully! I love this one too! (:

Ok time to sleep! Have International Econs early in the morning. Nighty night! 😀