So it turns out my next trip to Budapest was a reunion with Dj and the guys from Warsaw. I had heard so many good reviews of Budapest from my friends, and I was really excited to be visiting. I took a train early morning from Graz Hauptbahnhof to Budapest Keleti station, one of the few times I didn’t have to pass through Vienna to get a connection.

I met Dj at the station and he brought me to the hostel – Adagio Hostel 2.0 Basilica. We stayed at the one close to St. Stephen’s Basilica. It was one of the cheapest hostels we stayed at, but Budapest is relatively affordable anyway, compared to many other European countries.

We went for lunch right away. And I had to try some authentic Hungarian Goulash.

Unlike the Austrian version of goulash – gulaschsuppe, which is much thicker and more like a stew, the traditional Hungarian gulyás is a tomato-based soup, with chunks of beef, potatoes, carrots and paprika/peppers. I didn’t instantly fall in love with it, but after a couple of days eating this, I started to prefer the Hungarian version over the Austrian one. It is much lighter and less cloying. Also, it has vegetables in it!

After lunch, we walked along the Danube river, which divides the Buda and Pest sides of the city. 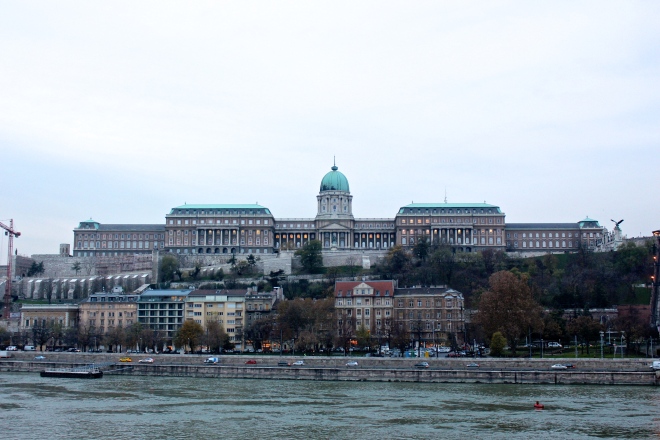 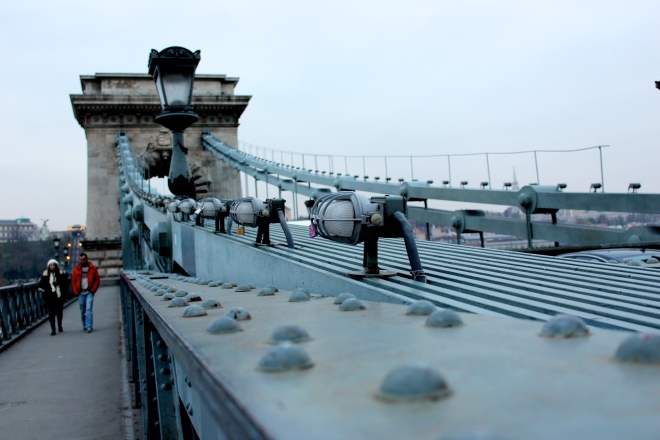 We crossed the famous suspension bridge, Széchenyi Chain Bridge over from Pest to Buda. Soon it was nightfall and we managed to catch – possibly the most beautiful building in Budapest (maybe the whole of Europe, in my opinion) – the Hungarian Parliament Building. It is amazing at night when fully lit. Definitely the grandest building I’ve seen in Europe. I can’t imagine how much it must have cost to build it.

The next morning, we headed to St. Stephen’s Basilica, which is the largest church and tallest building in Budapest, dedicated to the first king of Hungary. 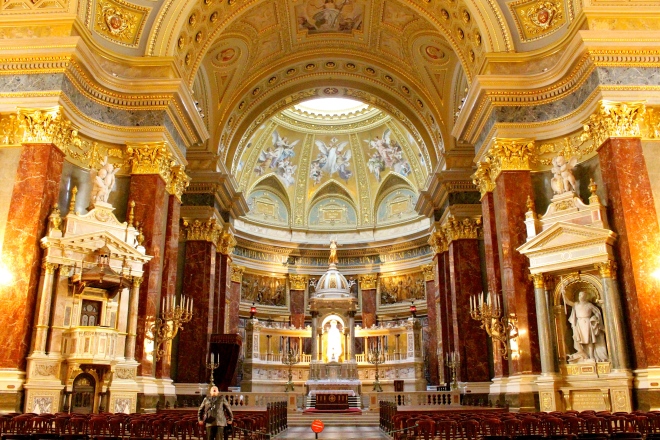 It is definitely one of the most golden churches I’ve laid eyes on, other than the ones in Rome. As we were early, there were not many visitors around. Unfortunately, we didn’t go up to the dome to get a 360 degree view of the city. I kinda regret it now. Please don’t save money on things like this while you on exchange. It really doesn’t cost much and you may never return, so just pay for the damn thing!

We were off for the tour of the Hungarian Parliament Building.

Our matching Timberland boots – authentic (mine) vs. fake

We managed to walked there with Dj’s excellent navigational skills. 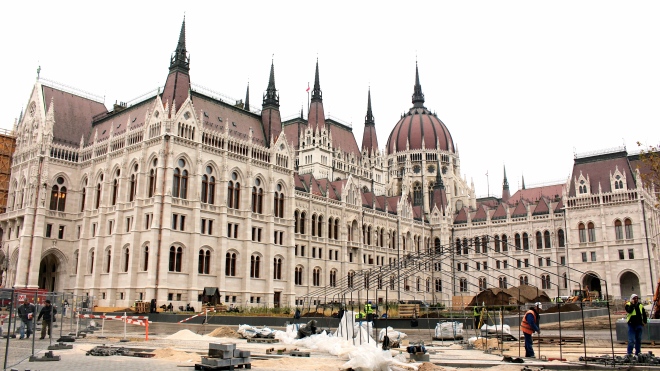 The Hungarian Parliament Building by day

I have to say that the building does look a lot less impressive in the day and up close compared to the last time we saw it at night. Nevertheless, still a stunning piece of architecture!

We went for the English guided tour, which I felt was way too short for the amount we paid. But the interior was really stunning – gold and red carpets throughout. We also managed to catch the Changing of the Guards of the Hungarian crown jewels (no pictures allowed). 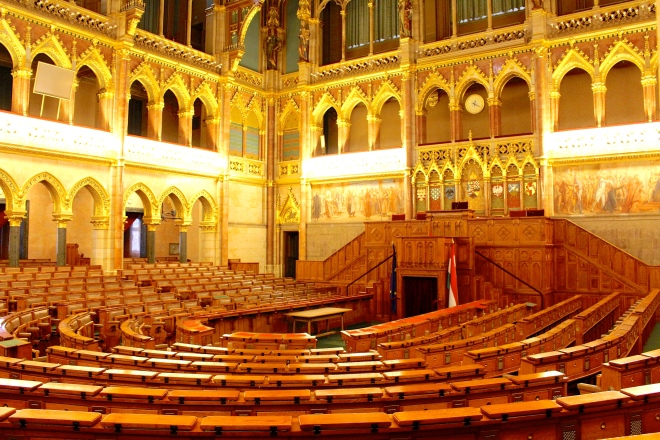 Chamber of the Lower House of the National Assembly of Hungary 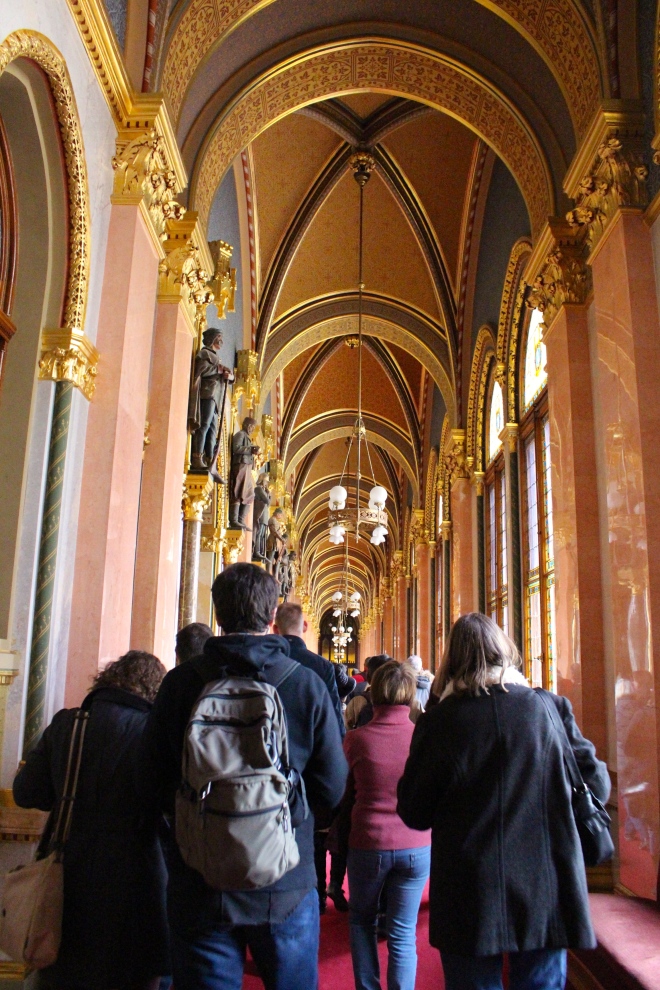 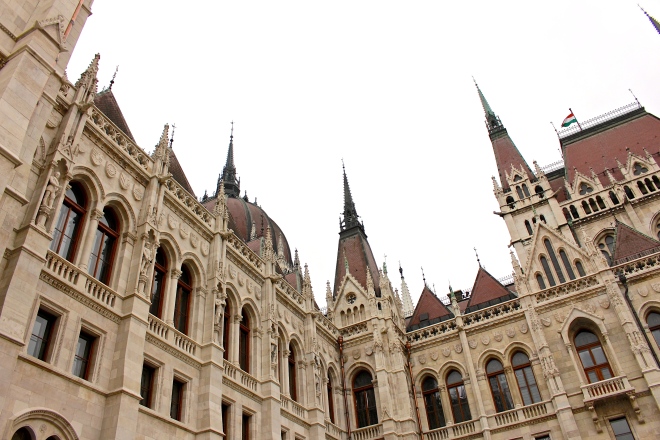 After the tour ended, we went for lunch. I can’t remember what the name of the restaurant was, but it was pretty nice inside, and better still, they had awesome goulash, with warm bread as a lid. OMFG.

After having our fill, it was off once again to the Buda side of the city to see the Fisherman’s Bastion. 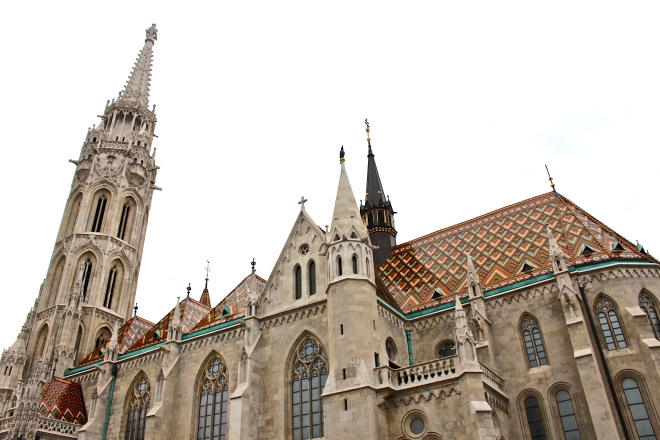 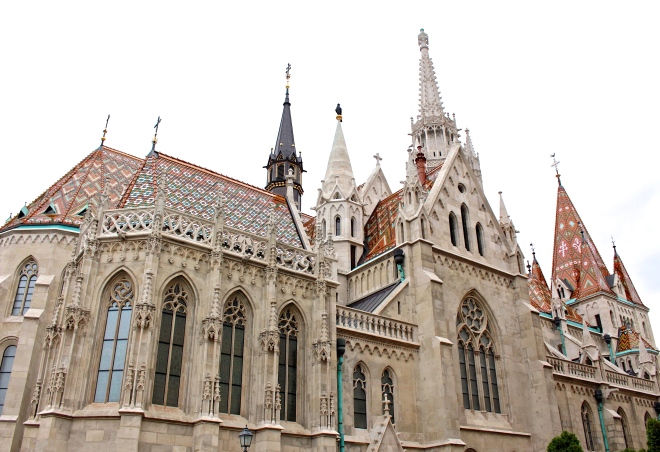 Matthias Church is a Roman Catholic church and is over 700 years old. It stands beside the Fisherman’s Bastion; both of which overlook the Danube and are in the Castle District. I think its tiles are so beautiful and colourful. We didn’t enter because there was an entrance fee. I’m not a big fan of churches which charge for entry.

We walked to Buda Castle (Budavári Palota) from the Fisherman’s Bastion.

Courtyard of the Buda Castle

Buda Castle is also home to the Hungarian National Gallery and the Budapest Historical Museum. If you are at Buda Castle on the hour, you can also catch the Changing of the Guards. 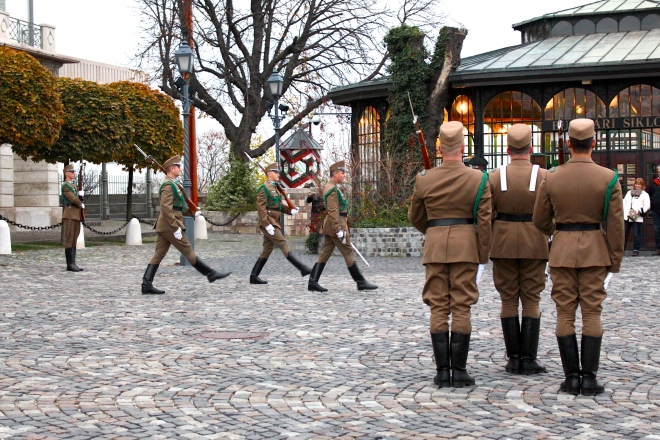 Changing of the Guards at Buda Castle

We grabbed a quick meal at a small café before we headed back to the Fisherman’s Bastion to catch the night view of the city. 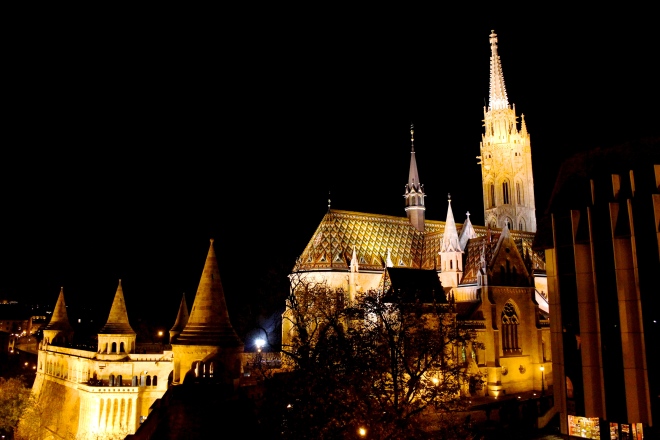 View of Pest, the Danube and Széchenyi Chain Bridge

That was it for the day. We headed back to our hostel. On the way back, we passed by a small market, and guess what I spotted?! Trdelník! Or rather, they call them kürtőskalács here in Hungary. Which is better? I can’t choose. But honestly, the best thing ever! I ordered the original right away. Calories can be burnt, but kürtőskalács cannot wait.

The next morning, we walked to the Dohány Street Synagogue.

Moorish and Byzantine style architecture of the Dohány Street Synagogue. Reminiscent of the Pena National Palace.

As usual, Dj is always hungry, and he was craving for this apparently amazing spicy catfish soup that the guys had introduced him to the night before. I sat and watched him eat (and took a couple of mouthfuls too). It was pretty good, I must admit. I missed spice!

Our final agenda was to walk along the Liberty Bridge. 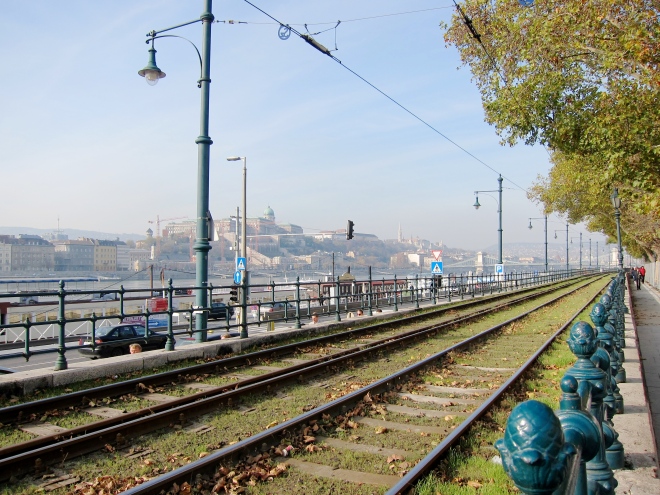 I think the Liberty Bridge is the more beautiful bridge, but I think many people would disagree with me 😦

Budapest definitely ranks as one of my favourite trips. The city feels safe, is clean, affordable and is architecturally stunning (and it has an abundance of kürtőskalács). Before leaving Budapest, I bought a bag full of kürtőskalács to bring back with me to Graz. But I kinda finished it in the train ride back. Damn. 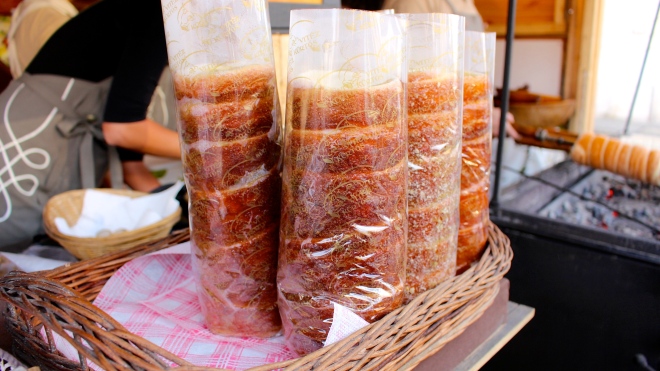