We took a bus from Amsterdam to London. It was a really long drive, and bus had to be put on a ship before we could reach London.

We arrived early in the morning at Victoria Station and took the London Underground to our hostel, probably the worst one we had. It was a long walk lugging all our baggage along.

Our first stop was Portobello Market.

It was a wet and gloomy day, like most days in London. Nothing really was open on that day, so we just grabbed a burger, a very delicious one, before heading to Camden Lock Market.

But first, we got off at King’s Cross to find Platform 9 3/4. I am pretty disappointed that I don’t have a picture of myself pushing that darn trolley!

At King’s Cross station, I found my Cornish pastry at one of many Cornish Pasty Co. stores.

It is a huge pastry, and comes in different flavours. But you can’t go wrong with the traditional, which contains beef and potatoes. So delicious!

At Camden Lock Market, you can find everything from fashion, to books, to art and lots of food as well. 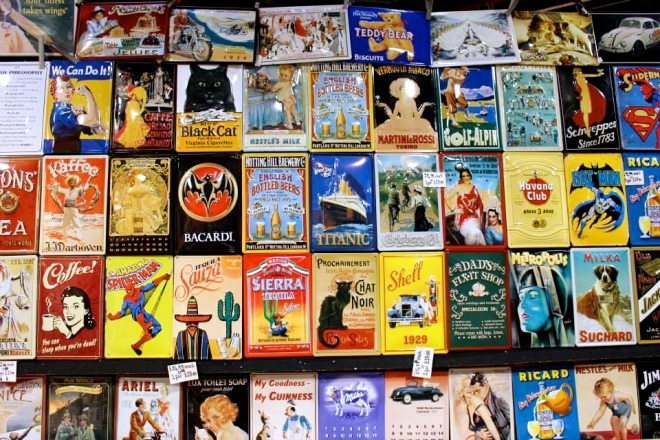 We walked around until almost closing time, which is also the perfect time to have dinner there, as the stalls are all clearing their food for the day. Expect huge servings at a lower cost. We had decent Chinese food there, and some free add-ins as the stall keeper found out we were from Singapore!

Later that night, we made our way to Oxford Circus, which is one of the busiest intersections in London, for a stroll and maybe some shopping. 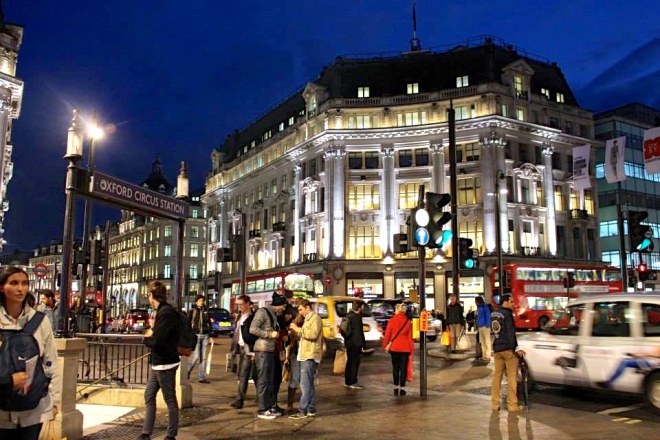 As we were walking down the street, I spotted a Ben’s Cookies outlet. I swear, they have one of the most delicious cookies ever, and an extensive range of flavours to choose from. But beware, these cookies are huge and they are sinful.

We shopped at Primark, our virgin experience, and we went all crazy and bought way too much. I also bought a coat for myself, as I had stupidly left my jackets in my luggage which was sitting in Warsaw. Everything at Primark is so cheap, it’s easy to go overboard. I also bought my stupidly cheap pair of boots there. Boots are a must in chilly/wet European weather.

The next morning, Dj and I met Benji and we walked along the river and to the Tower of London.

Part of Tower of London

We took a stroll around the financial district while waiting to meet with the rest. There were some interesting buildings around.

When we reunited with the rest, we walked to the Tower Bridge.  Tower Bridge, not to be mistaken for London Bridge – and therefore, has nothing to do with the song “London Bridge is Falling Down – crosses the Thames and was built to keep up with increased commercial development in the East End of London.

From Tower Bridge, we made our way to Borough Market. I was really excited about because I had heard so much about it. I was saving some space in my tummy for this visit. 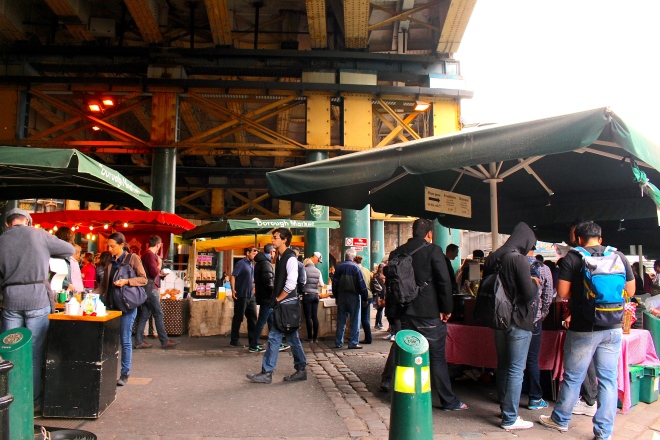 Moo pie and gravy from Pieminister. Always, I repeat, always, have your pies with gravy.

The next time I’m back, I hope The Flour Station is open, because I really must have some Chelsea buns!

Our next stop was to Harrods.

Right outside Harrods, this amazing artist was sketching a portrait the late Princess Diana. For those who don’t know, Princess Diana was dating Dodi Fayed, the son of former owner Mohamed Al-Fayed, at the time of her death. They say, you never forget the day when she died; and it’s true, I still remember the day I heard the news. The only other day I remember so clearly was 9/11. 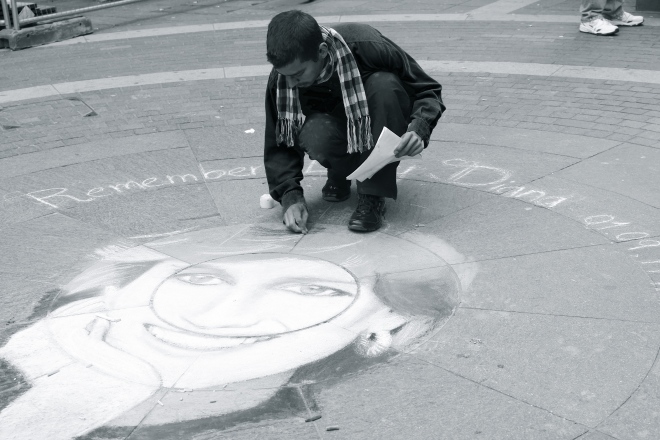 Being poor students, the only thing we really could afford was food at Harrods. The food hall is just amazing! Everything from tea, coffee, cakes and pastries, seafood, pies, sushi… You name it, they’ve got it. We bought an assortment of sweets for breakfast the next day.

The eating continued. Fish & chips – an English dish we are all too familiar with. Someone had recommended Kerbischer & Malt – an award-winning shop to us, so we decided to have dinner there.

Kerbischer & Malt is/was the winner of the best contemporary fish & chips. All their fish are from sustainable sources. We had the battered haddock with chips, and shared some fried calamari rings and fish cakes. Verdict: Good, but I prefer my Fish & Co.

The next morning, we woke up bright and early to catch the Changing the Guard ceremony at Buckingham Palace. For short people like me, it is recommended that you be there early to get a good spot. I was terribly annoyed with the taller people who refused to show any sympathy. 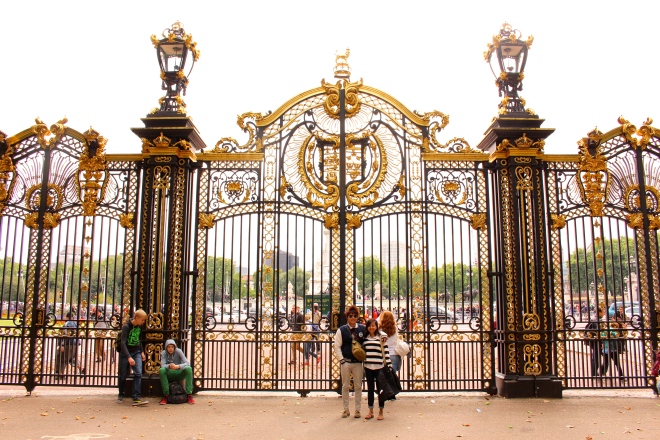 As you exit Green Park station for Buckingham Palace, there is a very green park right outside. I don’t mean to sound really lame, but it’s true; they probably named it Green Park because the trees and grass are just really THAT DAMN GREEN. 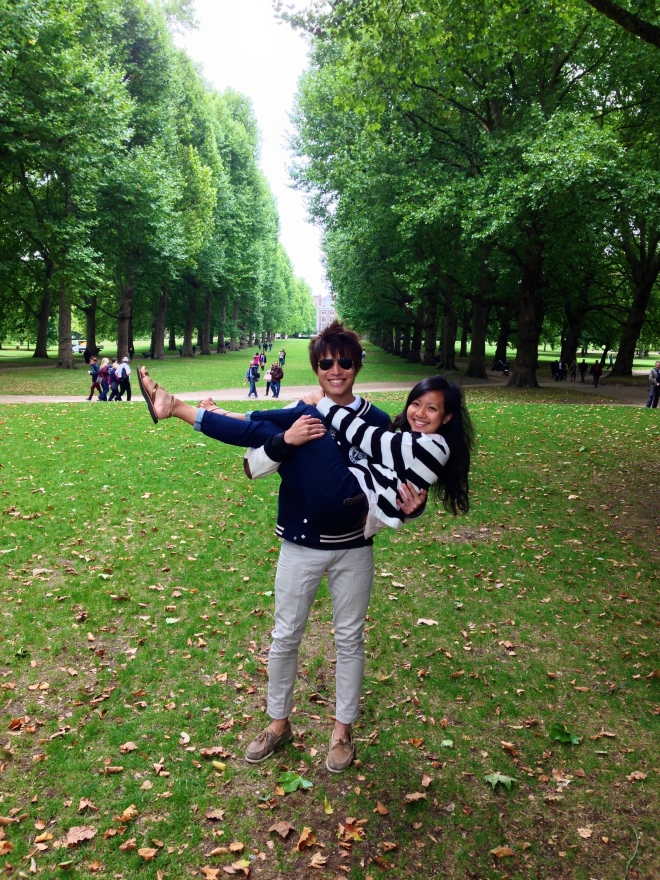 My favourite photo of us, ever!

Sandemans also runs free walking tours in London. We went for the tour after Buckingham Palace and photo spam at Green Park. There were a lot of people on the tour, which meant we had to keep up or risk missing something interesting. Also, I found that 2.5 hours wasn’t enough for a tour of London. Definitely not one of the better Sandemans tours, but I would still recommend going for it, since you pay what you think it’s worth. 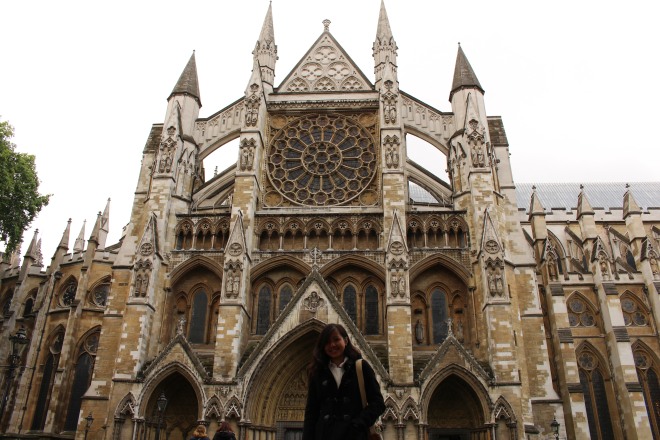 This is one place I regret not entering. I think the price of the entry ticket really turned us off since we were on a budget. The next time I’m in London, I will visit Westminster Abbey for sure. This Gothic church is where coronations were held, where royal weddings are still held (including that of Prince William and Kate Middleton), and where many notable people are buried (including Charles Darwin).

Our free walking tour ended at the Houses of Parliament. This building has a gruesome past, and we heard lots of torture stories in full detail. The size of this piece of art is just amazing! The Houses of Parliament, also known as the Palace of Westminster, also consists of one of the most iconic landmarks of London – the Big Ben. Big Ben is the name of the bell of the clock tower – the Elizabeth Tower.

After the free walking tour, I had the most unforgettable meal of possibly, my whole life.

Burger & Lobster is a fantastic restaurant with five outlets in London. We went to the one at Soho. The concept is simple – 3 items on the menu, each at £20. You can choose from lobster, lobster roll or burger. I recommend going for the lobster. I’m not the biggest fan of seafood, but this, I simply could not miss.

A whole lobster, served with lemon butter and a side of fries and salad for just £20. Considering how delicious this was, definitely £20 well spent! We even joked about (or maybe we weren’t joking) coming back the next day if we had any leftover Pounds. 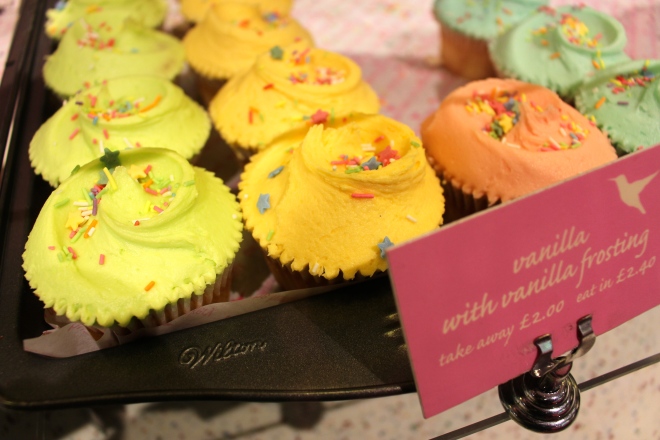 I got the Red Velvet and Tiramisu cupcakes. This was actually my first time having Red Velvet, and I was slightly disappointed. It was too cloyingly sweet. The Tiramisu was nothing special as well. But their cupcakes and the whole store is really pretty. I would give them another shot.

From Soho, we walked to Chinatown. I don’t remember if we intended to end up there or not, but we did.

We chanced upon M&Ms World, a HUGE store, about three levels, that sells merchandise and candy. 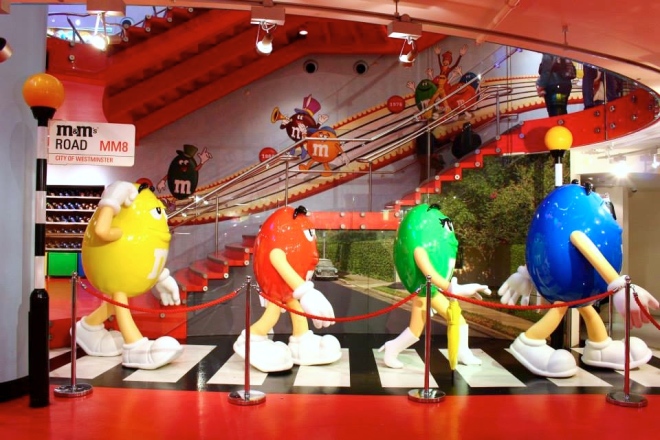 On the very last day, we had until the afternoon before we had to leave London for Paris. I wasn’t too satisfied with the entire trip because I felt like I didn’t get enough good photos. So while the rest decided to spend the last few hours shopping at Primark, Dj and I left bright and early to Buckingham Palace again, to get a shot right at the palace gates.

We also went back to get a better view of the London Eye and Big Ben once again.

And we just walked. Westminster Abbey, Trafalgar Square, past parks and memorials… I felt like we had accomplished so much more in just a few hours than we did in the past few days!

Red telephone box – Who’s that handsome fella? He looks like my boyfriend!

The duration of our stay was simply insufficient to really explore London, and to learn to appreciate the culture of this city. However, we were happy to leave grey skies and pitter-patter rain behind. London is definitely a city that I would return to someday, so I wasn’t too disappointed.

One thought on “London, England”